TDOF
2536 posts Fans' Favourite
March 9, 2020 3:31PM edited March 9
Clint olderburg is madden developer, this guy tweets him with a clear issue in the game, in which two positions completely swap with each other

clint responds completely truthly (even though it's not what the guy might of hoped for) that he has completely no idea how that happens and they've tried multiple times to fix that issue but can't find the issue.... 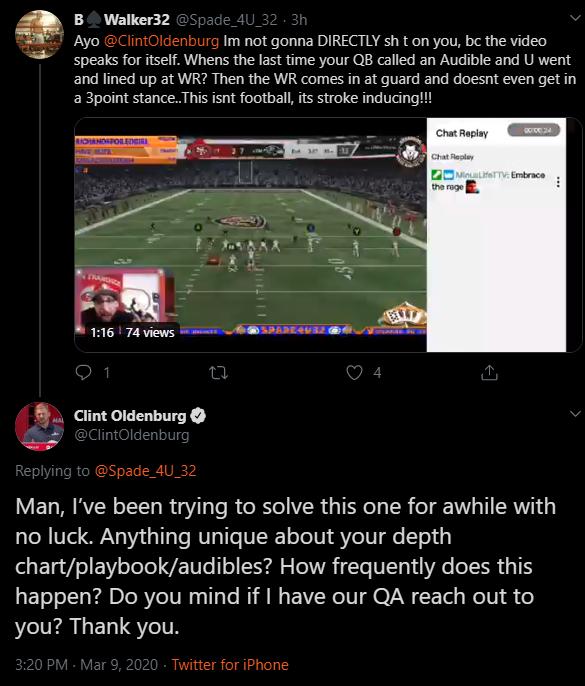 honest and direct.... open with the community even if it means that the issue might not be resolved soon