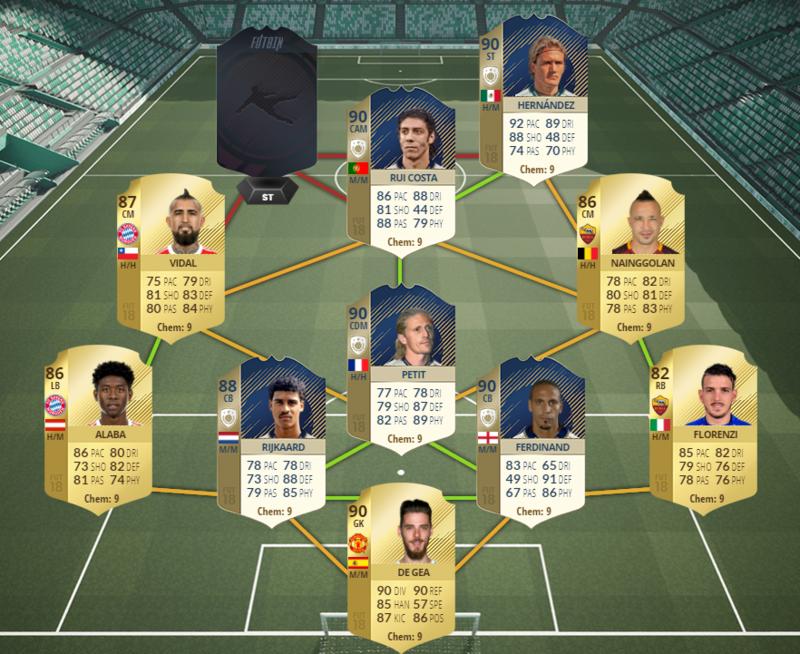 I feel very comfortable with my team, but I can't really decide wich Striker parnter I should get.
Earlier I got Crespo 85 and Hernandez Prime, but it didn't work very well.

With which Striker you would go for with 1kk?