Built a full meta team but

I now play 4231 (Tried to make it attacking as possible but effectively it’s playing a video game with two cdms and I hate it). or 41212 (which is better tbh as it’s passing friendly where 4231 is not for me). and I play against the same every game. I can literally give the ball to vini and mbappe sprint dribbling and score. No style at all.

The rank doesn’t Even matter in weekend league it easy to make rank 3 So why am I building a full meta team. I’ve been brainwashed 😂 and I’m now a big fat sheep.

I literally this weekend league was bored out my mind just podding on to make rank then quit the rest to get packs.

I think my plan is to make a arsenal or England p and p and sell these meta freaks in my team now why I’m in profit.

Does anyone else feel the same about the game right now ? I had more fun being untradable. And anyone have any suggestions to make this game fun again as I’m close to just knocking it on the head tbh.

I will have 3.5 million when selling team and TP. 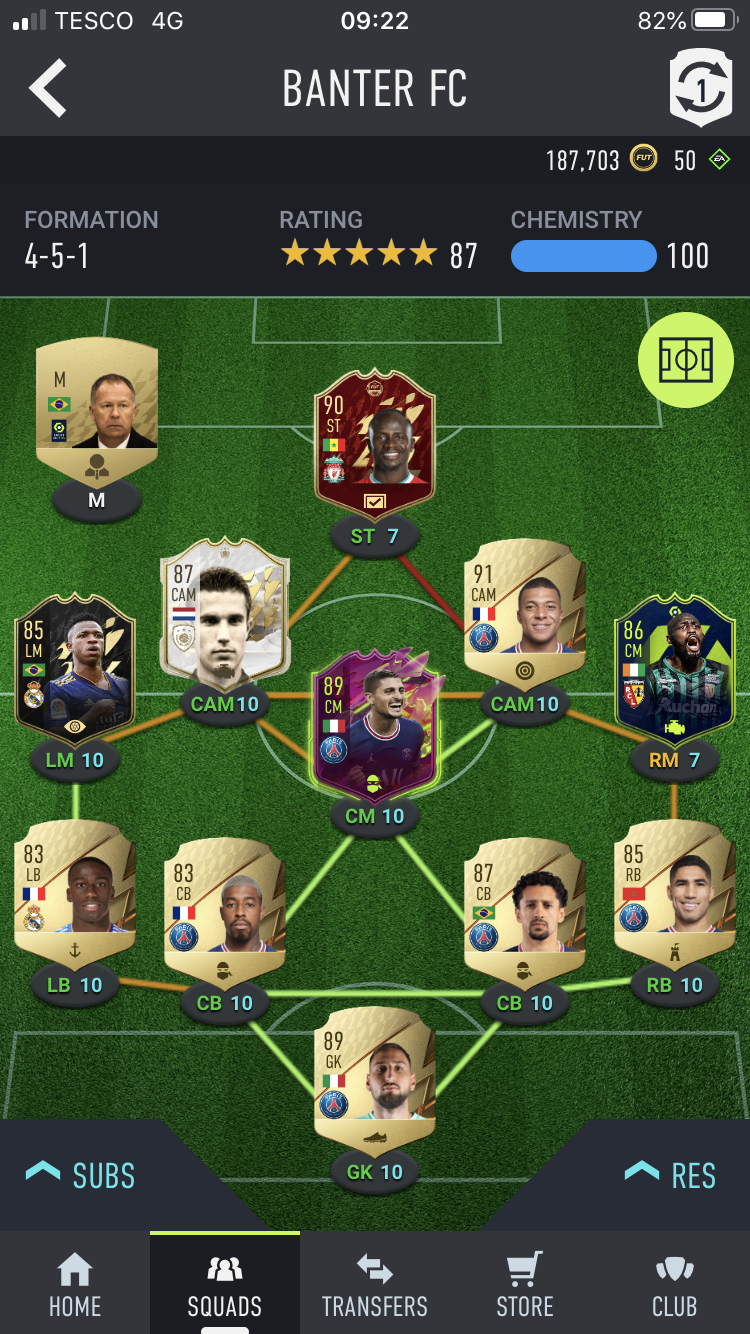