Valverde or Llorente? Why the price difference?

Vanch
1025 posts Professional
October 7, 2020 8:05PM
I need a High/High workrate La Liga CDM, and was looking at Valverde & Llorente. But why such a massive price difference between the two?

They're both High/High, both 6 foot, both 'Lean' body type, same skill moves & weak foot and their stats are almost EXACTLY the same as each other. The only difference is Valverde has 1 more sprint speed and 3 more acceleration. That's it. In fact, Llorente actually has slightly better stats than Valverde everywhere else.

So is the massive price difference just due to pace? Or is there something special about Valverde I don't know about yet? As I'm thinking of just going with Llorente for the time being. 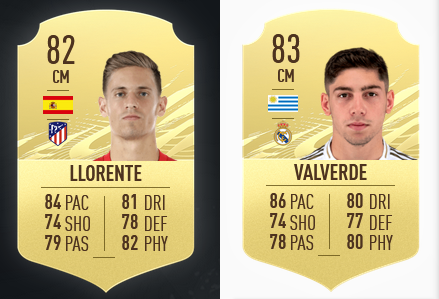