In the current global economic chaos, the Glazers are struggling to meet the financial commitments on their heavily-leveraged assets, like Manchester United, their commercial property portfolio and their American Football team. Things have got to the stage where they have broken their borrowing covenants, the lenders want their money back, and the Glazers have to 'do something' to meet those demands.

That 'something' is to asset-strip Manchester United - the repository of their most liquid assets, in the form of players. At the same time, with their agents knowing the way the wind is blowing, they simply cannot attract an elite manager to the club at a time where the seemingly only way is down. What is the club going to do? Below is my first attempt at something a bit more graphical. 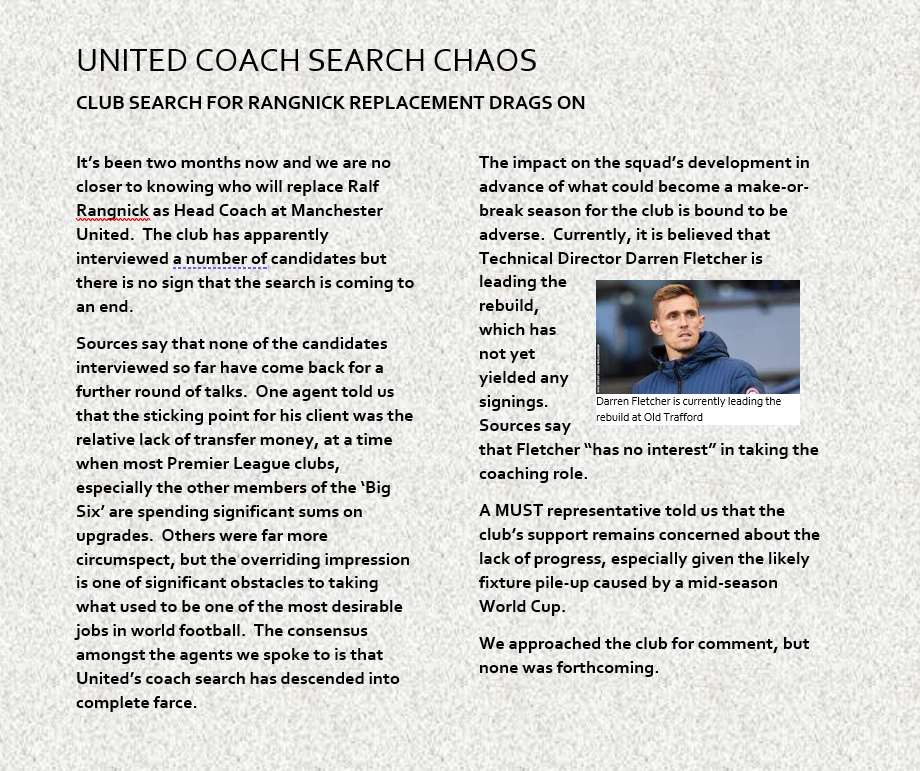