The Next Chapter - A Wayne Rooney Tale 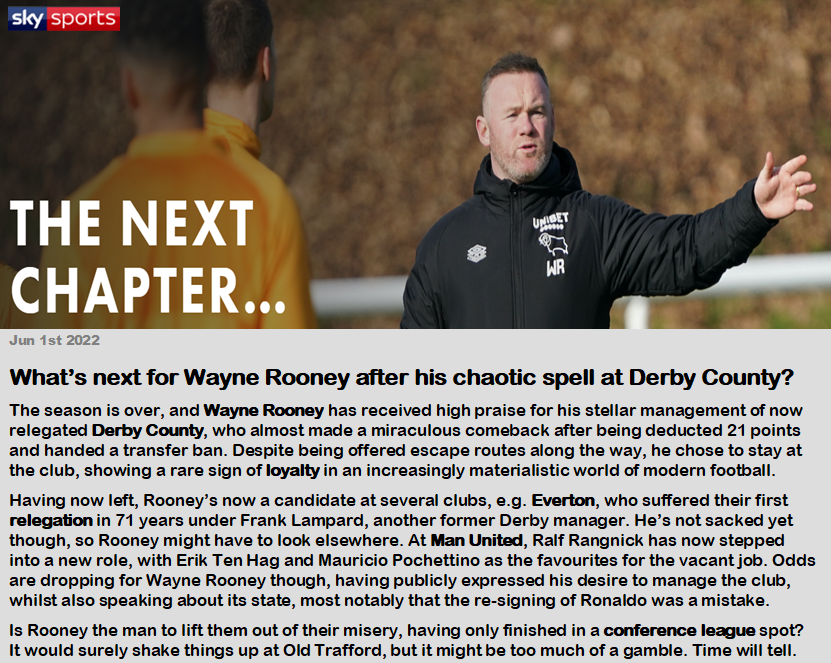