SmokeSwift1
4385 posts National Call-Up
October 4, 2021 1:42PM edited October 2021
I started this trend as an investing thread based on last year's trends but this year investing is a disaster. You shouldn't hold a card more than 2 weeks imo but focus more on 2 or 3 days flips tham investment.I didn't have time to update it but this is full trading guide for FIFA 22

GUARANTEED PROFIT
I know i said that buy meta TOTWs, hold for 2 weeks then sell. Forget that, stay away from TOTWs unless there is a high rated fodder inform with great links and nation. Any noob in this game can win only 5 games, get gifted 3 wins and get their hands on totw packs, plus TOTWs are already outdated because there's too much supply.

BUYING META PROMO PLAYERS
Now guarenteed profits is buying meta promo cards that offer great links. Hold for 2 weeks, even you can even do it on a weekly basis and sell. For example i bought UCL Marquinhos for 660k and now he's 870k. Was 900k plus on Thursday after rewards, dropped because of Rudiger. Look at all the RTTK with great links and nations, they are all up even those who can't upgrade.

This week i say go with Trent for high budget and for low budget go all in on Ripart. They are cheapest on Sunday during promo packs as there is less demand as people finished with WL.


PANIC SELLING
Reason why i don't like investing is PANIC SELLING. You should have like at least 500k liquid everyday to capitalize. The trick to panic selling is to monitor the price till it stops dropping and starts to rise. Usually takes an hour and half after the initial panic selling.
Example of when people will panic sell is

-If player with a TOTW has another TOTW performance, people will panic sell the TOTW to get coins for the next one but in reality the new TOTW will be more expensive and everyone will buy back. Sometimes it rebounds right away if the person is really meta. My Vini is an example and like 3 people in this thread followed the advice and made easy coins 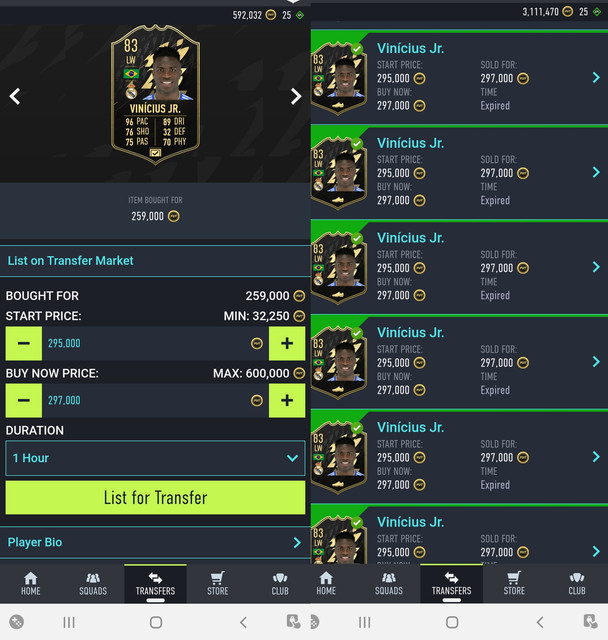 -OTW will always crash after the totw release whether the player gets the TOTW or not. Example is i bought Upamecano for 163k sold at183k. 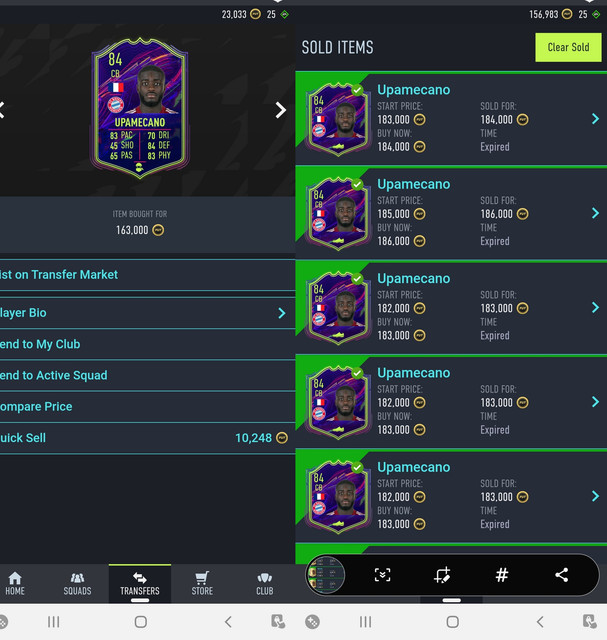 LINKS TO RED PICKS
As soon a meta player gets an actual TOTW performance and it's pretty much a lock. Buy out of packs special cards that green link the player. But you have to be realistic because someone like Salah,Neymar,Mbappe etc their red pick pack weight would be low.
That's why Tonali went up crazy last week and RTTK Mukiele this week because of Red Theo and Upamecano
Buy time is Sunday during the hour just before content. Sell time is Saturday peak hours 2-4 pm UK Time.

You could do this with meta gold cards. For example yesterday i bought 26 Mendy for <78k during Friday when everyone opened packs for the new promo and sold him for 84k-85.5k making like 2.5k profit per card. Reason why he links Red Alaba, Red Upamecano, FB Kante,Nkuku so that's like 75k profit. 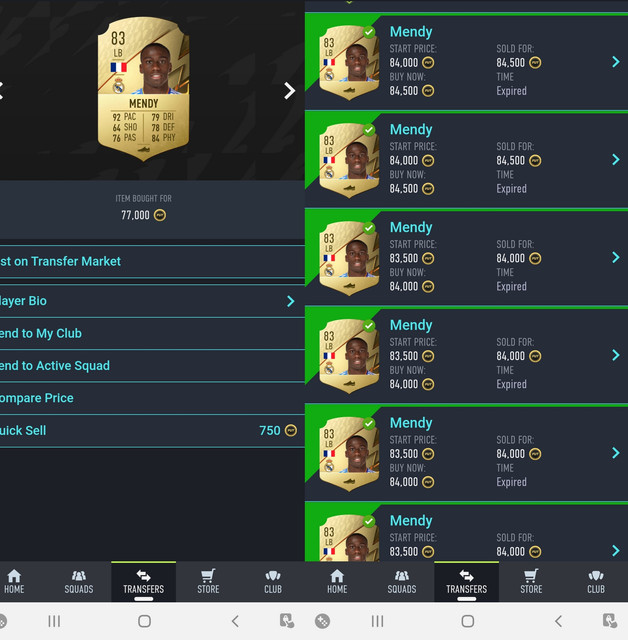 THURSDAY FLIPS
On Thursday we could look at gold cards that are at least 25k and above but cheaper than 150k. Look at the graphs on futbin/futwiz and see their price at peak times during Tuesday, Wednesday and if their price 30 minutes before rival reward is low enough to profit at their peak price it's a buy. For example Dembele was 34k before rewards but was 40k during on Tuesday, Wednesday so i bought under 34k and almost 41k a few hours later.
Did this first 2 weeks with Lacroix, then Kimpembe and Dembele. Will work till end of November at least 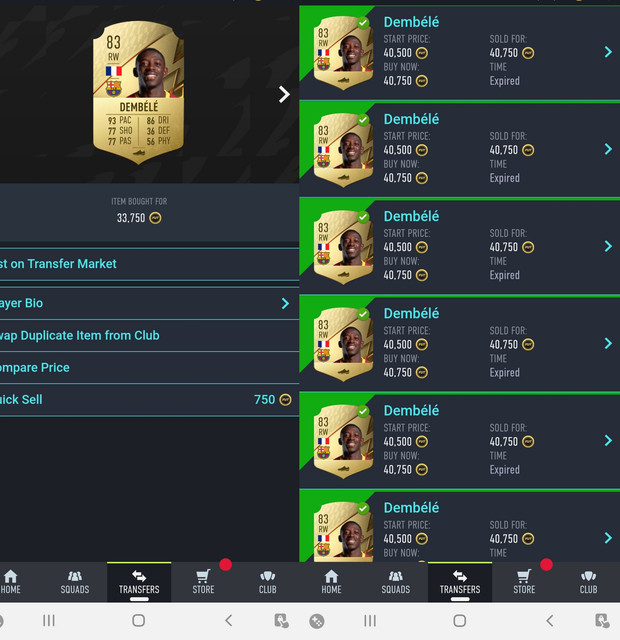