Vanch
1374 posts Play-Off Hero
April 23, 2021 7:50PM edited April 23
I've got 92 Mid Garrincha untradeable, and have been using him for over 500 games. I run a La Liga + Icon only squad, so now that TOTS Correa is out I'm not sure who would be best at RM. Garrincha's been great, but obviously if Correa is better then I may as well get him as he's free anyway. I know you guys will probably suggest getting him and trying him anyway as he's free, but on paper who would you say looks better? 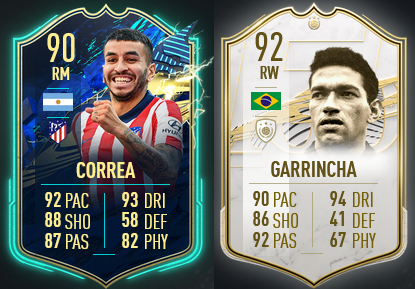