In this article, we’ll be diving deeper into three gameplay changes around the further improvement to interception logic, the speed at which the ball travels following a Driven or Driven Ground Cross, as well as the accuracy of volleys hit with a fast moving ball.

With this TU, our intent is to further update FIFA 21 gameplay with changes based on your feedback, so let’s jump right in.

Further Interception Logic Improvement
Following a change to interception logic in the previous TU (TU #6), TU #7 looks to continue expanding on that change:

The latest update to interception logic targets situations in which the defending player clearly steps between two attacking players and is directly present in the ball’s path. Let’s take a look at what we mean, but before TU# 7 was available. 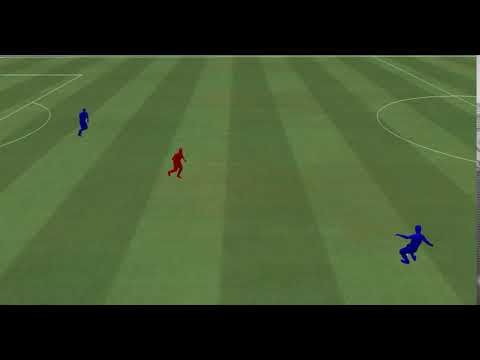 Note how the defender is able to get into a decent position but is ultimately unable to get control of the ball with their foot, allowing the pass to get by them. Now let’s take a look at the same scenario but with TU #7 applied. 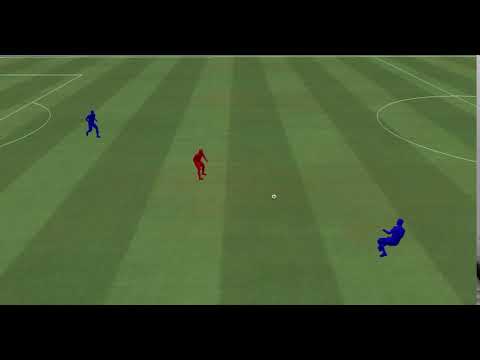 Now that TU #7 is in effect, you can see that the player is able to take control of the ball in this situation. They react to the ball with a little more urgency, control, and end up intercepting the pass. Our aim with this change is to ensure that players can feel confident about relying on interceptions in these types of situations, and for the act of intercepting to be more similar to its real world counterpart.

Note that this change does not mean every single interception will be successful, since every situation is different. In general, interceptions are harder to pull off with players who have lower defensive Attributes, so they’ll still be a significant challenge for players who aren’t very proficient at the defensive elements of football.

Volleys are a notoriously difficult shot type to successfully do in real life, and they can get even trickier if the ball is traveling with extreme speed.

To illustrate the impact of this change, here’s what 100 volleys, taken by a player with an 85 Volleys Attribute, could have looked like before TU #7, specifically with the ball traveling at a high speed towards the shot taker. The red lines indicate shots that would have missed the net, while the blue lines indicate shots that would have been on target, but may still be saved by the keeper. 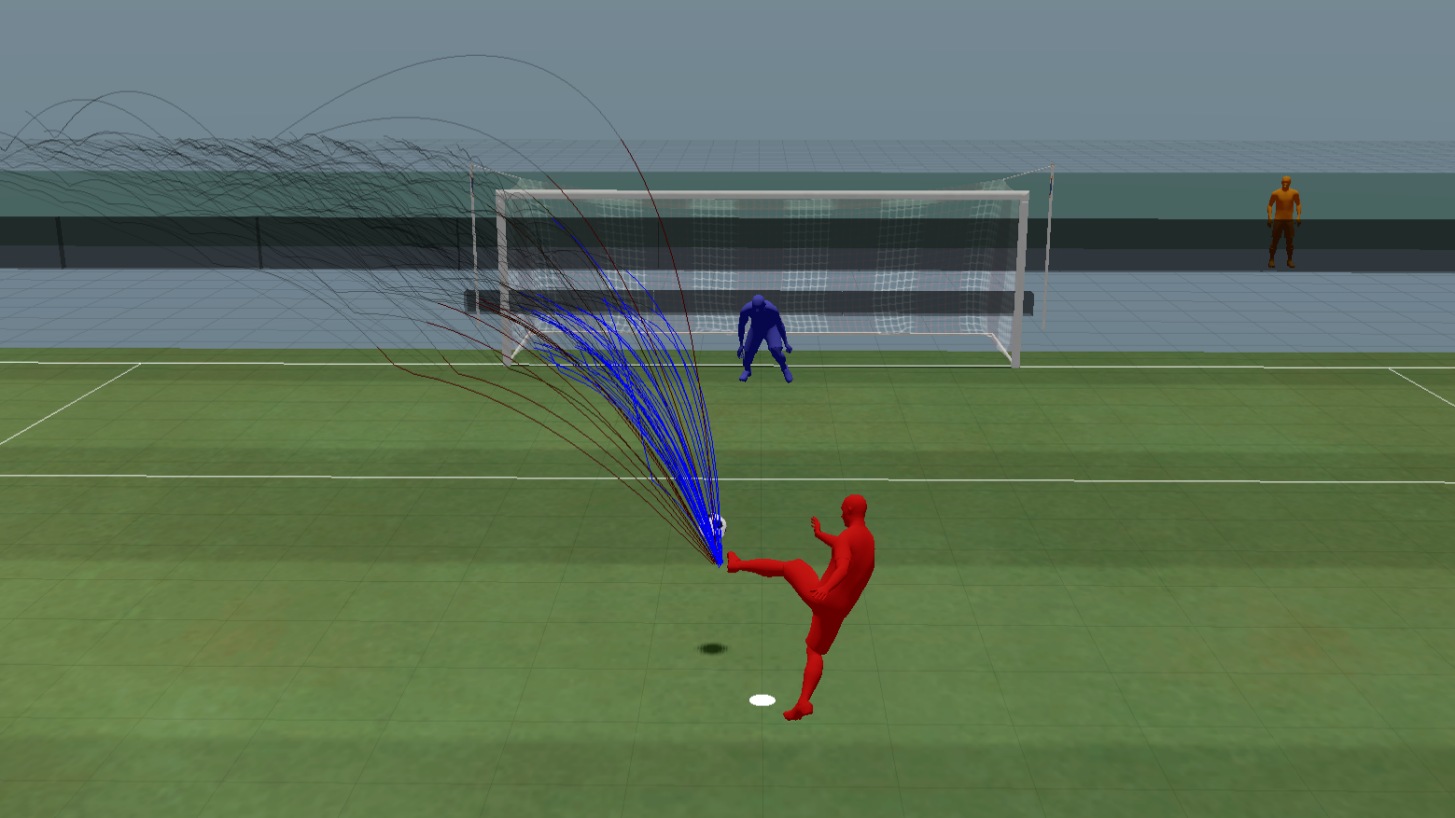 Now let’s take a look at another 100 volleys, by the same player and in the same scenario with TU #7 applied. Don’t forget, the ball is traveling at a very high speed before this volley is taken. 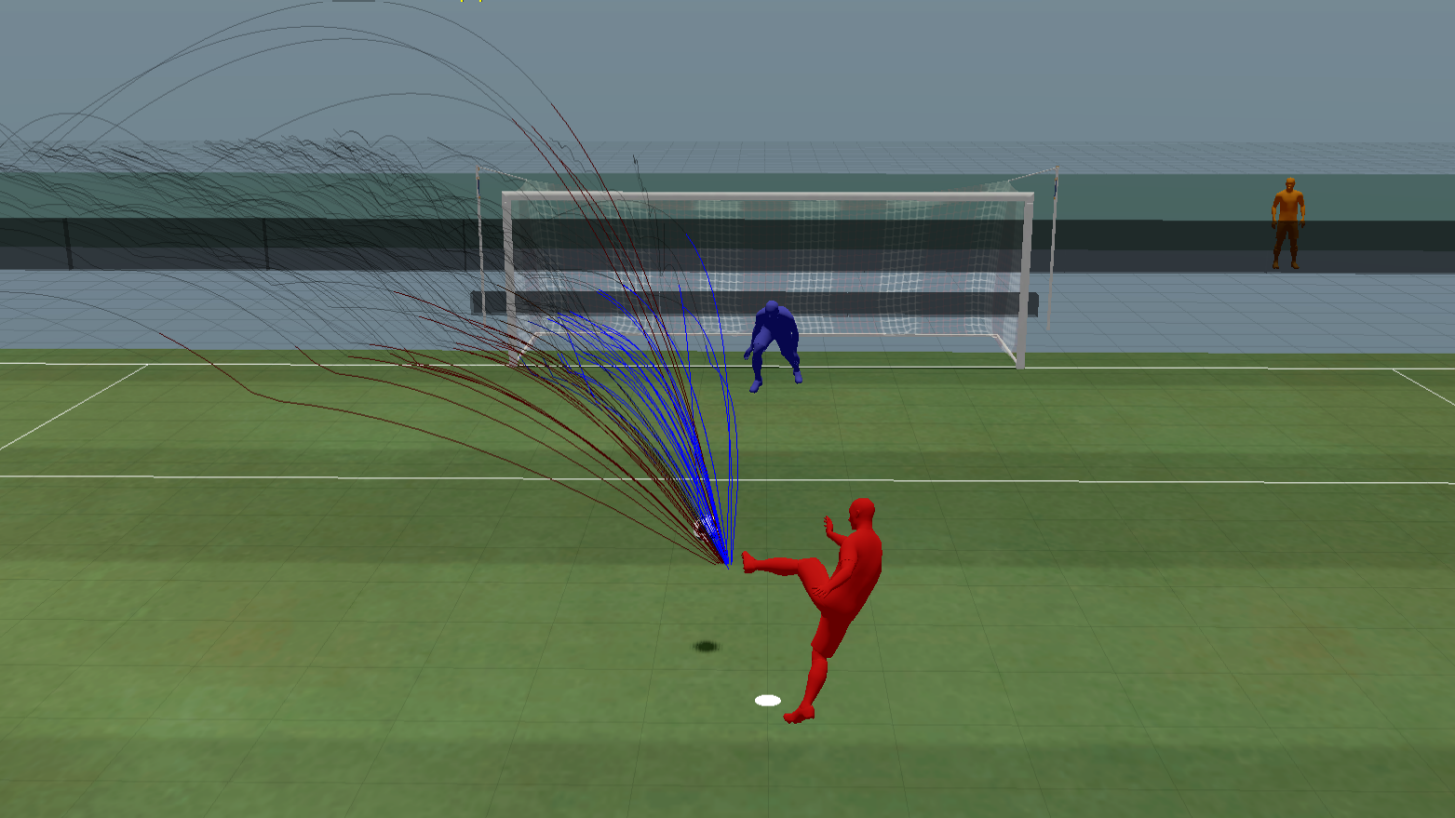 As you can see, the volley here is a little less accurate. This change has been applied in order to prevent volleys from becoming a tool that attackers over-rely on, especially as players continue to improve their squads in FIFA Ultimate Team. This change works in tandem with the one we'll get to in just a moment, we want to maintain an authentic level of effectiveness of volleys from fast moving passes, which include some crosses.

Crossing situations can vary greatly due to circumstances and player input, here’s a general sense how what you can expect from crosses after TU #7:

As mentioned before, our aim for this change to complement the volley-related one, in addition to providing a more authentic crossing experience.

Thank you everyone for reading this Pitch Notes on Title Update #7, you can check out the full list of changes here. As always, we love seeing your feedback towards FIFA 21 and these Pitch Notes insights, so please keep them coming!

For more deep dives on FIFA from members of the game team, check out the Pitch Notes Page.

Please Note: This article is describing in general terms what the Dev Teams are working on. We are constantly looking to improve the FIFA experience for everyone, so this article may become outdated as we make adjustments to keep our game fun for everyone.
2