First off im yet to play an opponent at my level, i keep getting matched against people at 1800, obviously not that many people are on.

The difference is night and day... Just feels a lot smoother and responsive on the ball, the extra animations of players controlling the ball instead of the ball just bouncing is FANTASTIC.

The whole game speed feels slower, which isn't a terrible thing... you feel more in control on the ball if that makes sense.

Tackles.... i've yet to have a single bounce back. Every good tackle i made i got the ball.

I have yet to see any crazy ice skating.

So far im actually shocked. I can't believe how much better this game is....

I really hope this isn't just because not a lot of people are on the servers.

Once a lot of people get it and servers start overloading on next gen are we just going to go back to what we had?

Obviously no one knows till it happens.

But as i said. Just the smoothness of the gameplay itself made this game so much better.

After a full day of playing rivals. 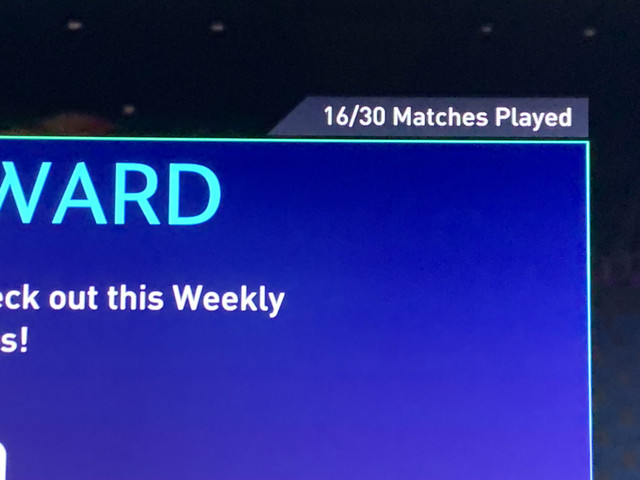 Playing against mbappe, neymar, cr7 is so hard... keeping up with them is very difficult, which is a good thing.

I recently just sold my whole team and playing with saint max, ousmane... those type of players

And honestly in the previous gen i was still able to easily out play my opponents, but now it is tough.

When they get touched they lose the ball, the ball doesn’t bounce back or stick to me as often as it did (which is good)

I like it though, can’t wait to buy back my team... even though I’m 100% going to take more losses because trying to defend all those top players is ridiculously hard for me right now.

I like it, but the main reason is the AI blocks... just the blocks are so bad compared to what they are after the patch it's insane....

Once they patch the blocks on new gen i'll go back again.. but everything else i still enjoy.

Apart from the blocks which just ruin the game...
Post edited by TDOF on December 2020
2