Guillotine_Mack
2871 posts National Call-Up
October 8, 2020 7:26AM edited October 2020
Hi guys.
We all know that nobody on here really shares best practice. They say they do but they keep most of it to themselves.
Today I am going to share a formation with tactics and instructions that still works very well in Fifa 21.

Now I realise that everyone won't have this squad but believe me it won't matter with this formation and tactics. 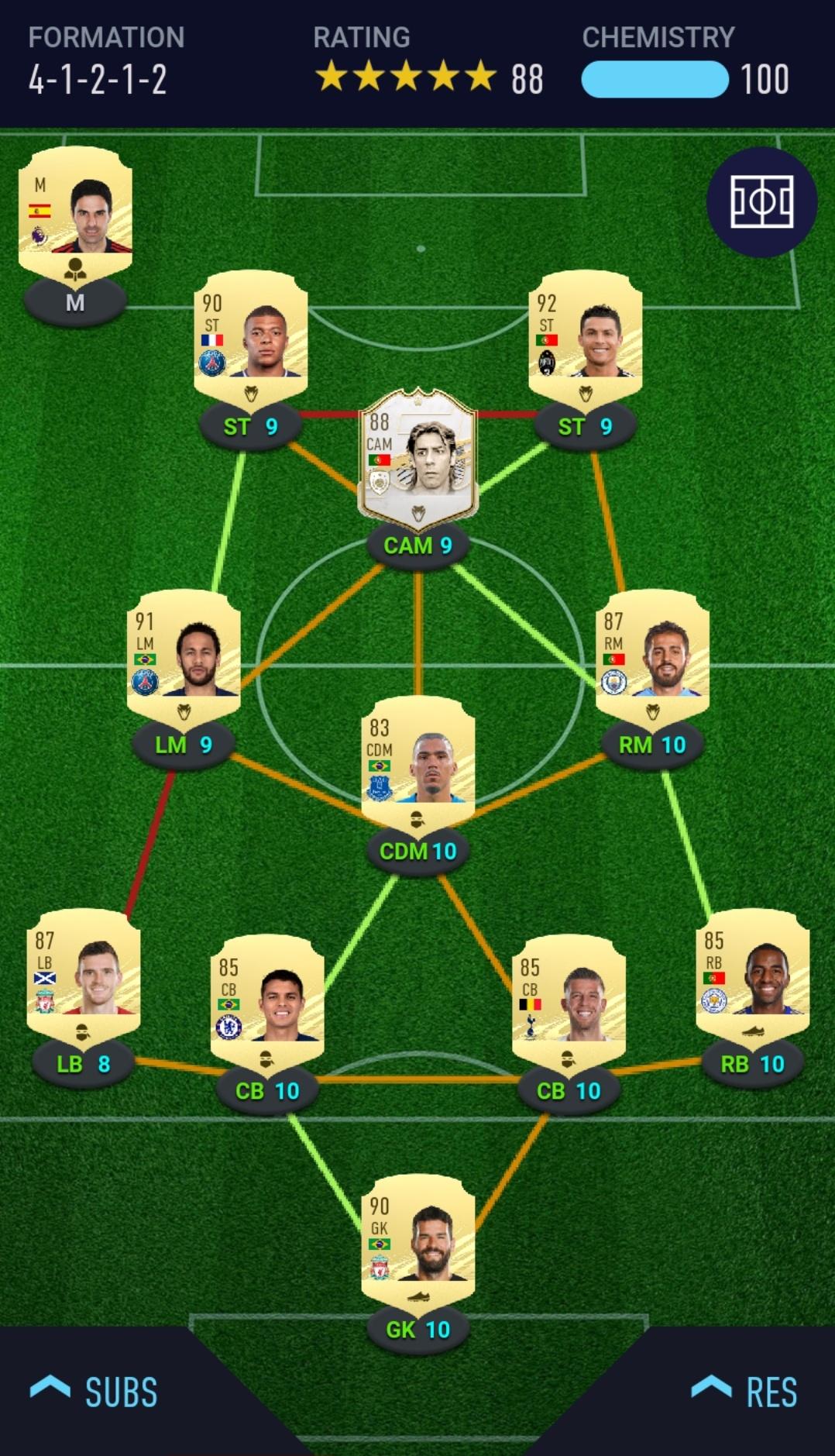 Now, this is how you should set up.
The reason the width is so narrow is because we are basically turning this formation into the 41212(2) but instead of CMs we are going to be getting the best out of our LM and RM

Next I'll show you the player instructions that make this formation so great.

Strikers: Both strikers should be set up like this:
Get in behind limits your passing opportunities with this formation so just stick to balanced.
With the instructions below with how the LM and RM are going to operate, you'll need your strikers to hold up play and bring other players into the game.

CAM: Nothing out of the ordinary here.
If you have a CAM who is good at finishing just set it to get in the box for crosses

LM and RM: You want your LM and RM on cut inside and come short. This will create multiple passing opportunities in your midfield between your CDM, CAM, LM, RM and strikers.
With this setup and if you're half decent you'll be creating all sorts of chances.

CDM: Drop between defenders.
We are going to use this tactic because our LB and RB are going to be attacking most of the game. Your CDM will drop between both of your CBs and make a back 3 when your opponent is attacking.
You also want to cut passing lanes and cover the centre.

Next are your LB and RB:
You want to have LB and RB on stay back while attacking and overlap.
This is because you're going to change tactics in game by pressing up then left on the Dpad in game to make you LB and RB join the attack if you feel that you're getting over run in midfield. Don't worry about getting exposed at the back, because you should have already set your CDM to drop between the defenders.
When you have your LB and RB join the attack you will have a fantastic compact midfield with lots of passing opportunities to unlock defences.

And that's about it guys.
Personally I activate LB and RB join attack straight after kick off.
The only other thing I have set is on ultra attacking I got to 442 all balanced with no instructions if things start going wrong, which, with this formation is very rare.
442 balanced will confuse your opponent if they're trying to counter your 41212 and they start getting used to your style of play.
This works for squad battles and online.

Hope this works for you all and let me know how you get on.
1