Retro_G
33018 posts National Team Captain
June 15, 2020 1:47PM
Is anyone picking this up? I loved the original, part 2 is meant to be just as good with an average score of 96 on metacritic. I'm a bit disappointed they removed the multiplayer, it was completely unique and enjoyable in the original. I expect the story, graphics, gameplay to be fantastic, it's meant to be about twenty hours long. 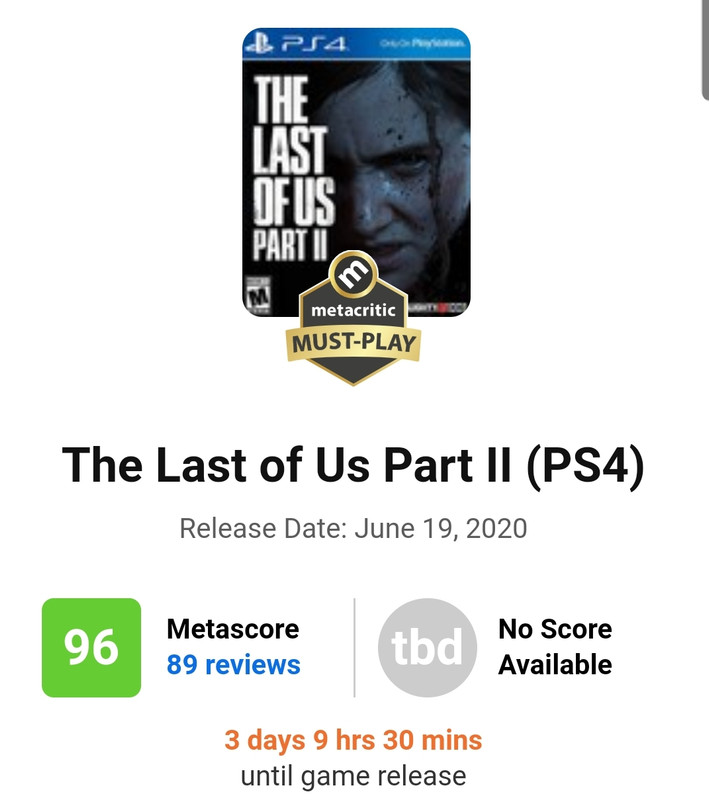