CaptainDan-
1887 posts Fans' Favourite
December 5, 2019 5:52PM
I've decided to set myself a challenge - I've spent nothing on FIFA Points this year and I'm going to get to division 1 by all means possible RTG style. I think by posting progress on here it will help me to stay focused, so I'm going to kinda blog it. By doing this I ultimately hope to increase my weekend league rank by playing against better players week in week out. I haven't been in division 1 since Fifa 18, so this could be difficult - but I will get there, by any means possible. Anything goes in this thread! It's going to get sweaty lads!

Current Division 4. (I will update with current skill points later, once I'm at home). 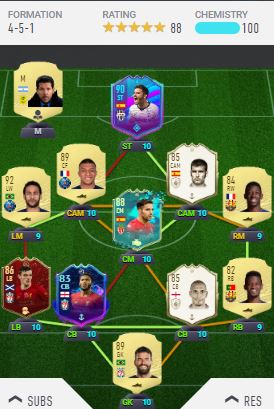 I am going to try switching to 4231, with Mbappe leading the line, Villa on the left, Neymar in the centre and Dembele on the right. I was actually playing 4312, with villa and stoichkov leading the line with mid okocha behind, but I was lucky enough to pack Mbappe in rewards today so I have changed the team around. 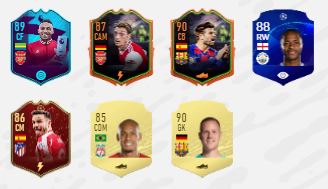 I also have 1,373,852 coins in the bank with a full trade pile, should get me to about 1.5 million. Next purchase is messi. I will play him at RAM for those sweat cut-in finesse shots.

I won't show all my tactics as that's boring, but I generally play press on heavy touch and counter attacking football. I actually press the opposition hard with my centre backs, leaving space behind, but I find more often than not I can land a tackle and launch a quick counter from the halfway line. I've noticed alot of people using drop back, but I find this less effective as timed finesse shots are still very effective.

It's the first post so nothing to show here yet. I will almost certainly play exclusively the weekend league over the next couple days so progress will be minimal over the weekend.

If anyone is bored enough at work to read all that, thanks for reading! & If anyone can see any obvious improvements to the squad, give me a shout. Any input appreciated,
1