I was playing my Weekend League games over the weekend and after going a couple of goals up in a particular game, my opponent rage quits just as the second half kicks off. Instead of the regular "You've lost connection to your opponent", I got "Your match result is currently under review. You will be returned to FUT home."

I quickly saved the video of this particular game and carried on with other games with the hope that by the close of the Weekend League earlier today I would have been awarded the win. I still haven't been awarded the win, I have contacted EA Help but I was told to restore licences instead. I have attached a screenshot of the message I got when my opponent DC'd and also a link to the video of the game. 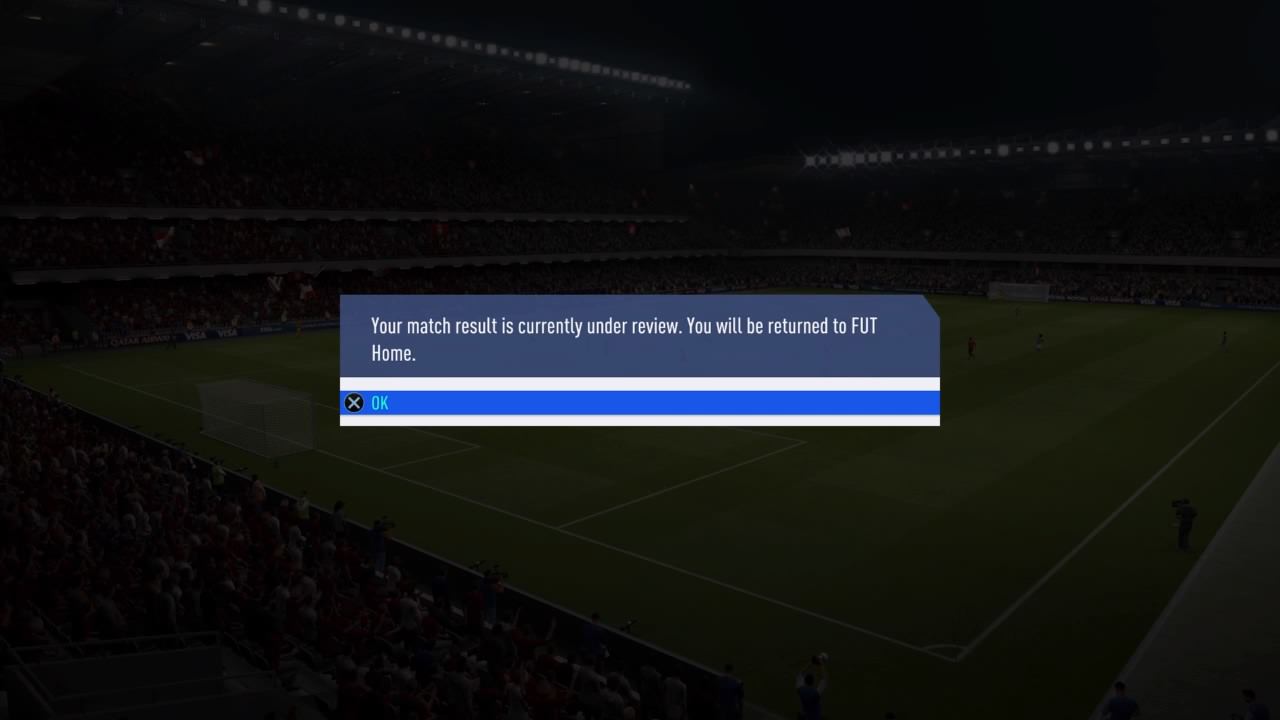 Any advice on how to resolve this will be of great help.
0