Xbox One issue - shuts down after few seconds

TheRaq
143 posts Has Potential To Be Special
October 8, 2018 4:34PM
Alright guys, not sure if it's perfect place for thread like this, but this forum never let me down and there are a lot of people using Xbox, so since I'm kinda desperate at the moment I decided to give it a try. Maybe someone had a similar experience and would be able to help me in any way (sorry for any language mistakes, English is not my native, so just gonna try to make my post as clear and simple as I can).

I own an Xbox One since I belive 3,5 year. Using it pretty much only for FIFA (and some Forza games) and it never let me down until yesterday. So in the evening I turned the consol off (using the "always-on" I belive, the thing you press the Xbox button on a pad and "Turn off the console" - I usually do it that way), and the next day when I was trying to turn it on, there's just a beep sound, the Xbox logo on the console lights up and after like 4-5 seconds there's another "beep" and it shuts down. The light on the brick is orange, when I turn on the console it changes to white for the few seconds and when the console shuts down it goes back to orange.

Warranty has already expired so more likely I'm going to give the console to someone who repairs consoles etc, but before I do so I want to get as much info as possible. From what I've found in the internet it might be the brick issue (would probably be the cheapest to fix), maybe something is wrong with a soft or maybe it's a motherboard?

Anyone has any tip? I've found a video on youtube with the exact same situation, so gonna link it here. 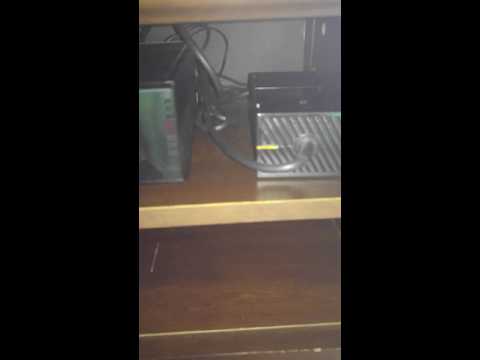 Any help would be much appreciated, since I have 2-3 weeks of a bit spare time and can't get myself lost in the new FIFA and Forza :< maybe someone knows exactly what the issue is and what could be the price of fixing it?