Fantasy Premier League is back. The official FIFA Forum League will utilise the classic format, though you may want to explore the H2H and Draft modes. As far as I know, there have been no major changes from last season, but I have provided a short FAQ below as well as a link to the full list of rules. Best of luck!

How can I join the (private) league? First of all you must have entered a team in the game. Once you have a team, make sure that you have the correct league code (54014-423673) and that you are joining an existing league in the correct format (classic). I have renewed the Official FIFA Forum League, so those of you who partook in the league last season will automatically be added to this year's league.

How can I score points?
During the season, your fantasy football players will be allocated points based on their performance in the Premier League only. 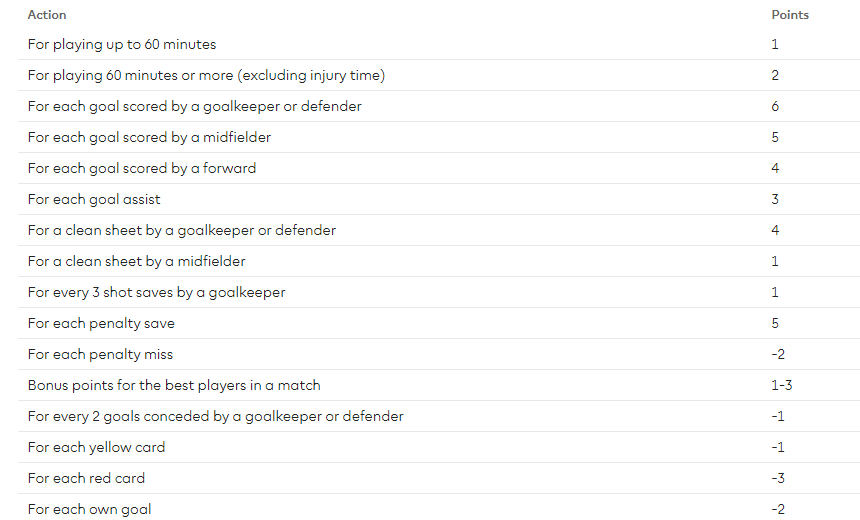 Please refer to the official scoring section (via rules) for specifics on assists, rebounds and bonus points.

What are chips? Chips can be used to potentially enhance your team's performance during the season. Only one chip can be played in a single Gameweek.

The full list of chips can be found below:

The Bench Boost. Free Hit and Triple Captain chips can each be used once a season and are played when saving your team on the my team page. They can be cancelled at anytime before the Gameweek deadline.

The Wildcard chip can be used twice a season. The first wilcard will be available from the start of the season until 30 Dec 14:00. The second wildcard will be available after this date in readiness for the January transfer window opening and remain available until the end of the season. The Wildcard chip is played when confirming transfers that cost points and can't be cancelled once played.