Gyan_33
40090 posts International Superstar
July 13, 2018 2:31PM edited July 2018
So, with FIFA 19 coming up, we're getting new icons (hopefully). I've created some possible icon stories for next FIFA, with cards for 3 of their eras. Obviously the ratings/stats aren't 100% correct but it's just to give you an idea. What do you think? Requests are welcome!

ZINEDINE ZIDANE
1992: Cannes sold Zidane for 7 million euros to Bordeaux, where he continued to impress in Ligue 1.

2006: Apart from his memorable exit from the World Cup in Germany, Zidane still had a good last season of his career, scoring 9 goals in La Liga with 8 assists 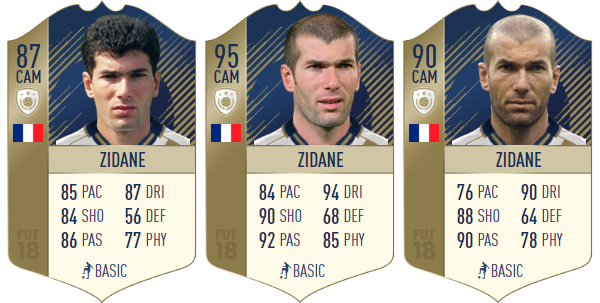 DAVID BECKHAM
1996: In his first proper Premier League season, a young Beckham scored 7 goals in 33 games. He scored his famous halfway line goal against Wimbledon in the same year.

2004, PRIME: After close to 10 seasons with the Man Utd first team, Real Madrid bought him for 37 million euros. He instantly impressed with 11 assists in his first season, adding the Spanish Super Cup to his trophy cabinet. 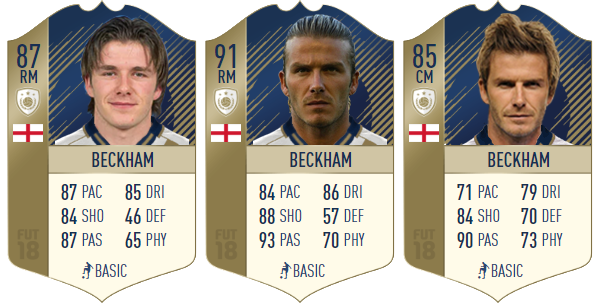 FRANCESCO TOTTI
1998: First season getting 10+ goals in Serie A from the left wing, also making his debut for the Italian national team

2006, PRIME: Totti won the World Cup with Italy as a supporting striker with Luca Toni and got 26 Serie A-goals for Roma after that

2011: Working towards the end of his career Totti often played as a playmaker, switching from ST all the way back to CM sometimes 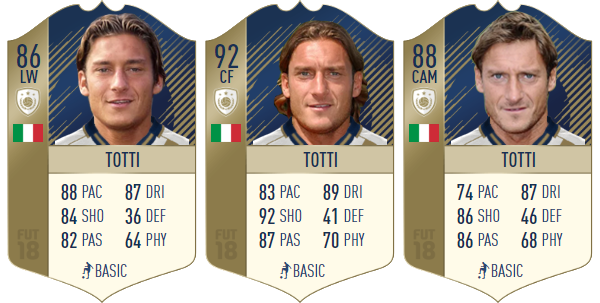 2005, PRIME: With a goal and an assist, Gerrard became the hero for Liverpool in their well known Champions League win against AC Milan.

2014: Gerrard had an amazing season with 13 goals and 15 assists, getting ever so close to his first Premier League title. 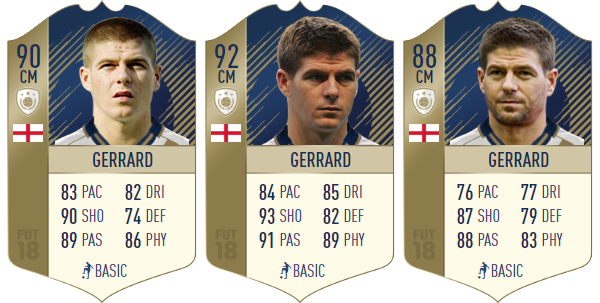 SAMI HYYPIÄ
1999: After a sensational 2nd place with Willem II in the Eredivisie, Hyypiä played a massive part in their qualification for the Champions League. Liverpool noticed his potential and picked him up for 4,5 million euros.

2005, PRIME: Hyypiä didn't miss a minute in their winning Champions League campaign, also scoring a goal in the quarter final.

2009: After more than 450 games with Liverpool, Hyypiä went to Leverkusen where he stayed for 2 more seasons. 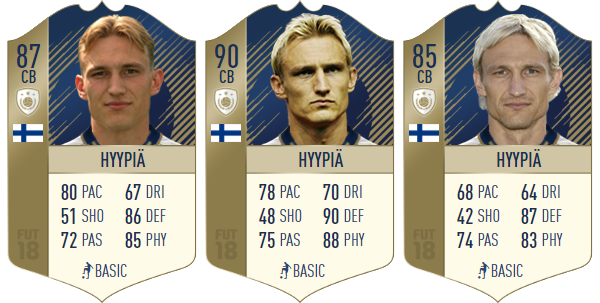 2005: Top season with Villarreal, winning the golden boot in La Liga with 25 goals

2010, PRIME: Winning the Europa League with Atlético Madrid and getting 4th place in the World Cup with Uruguay 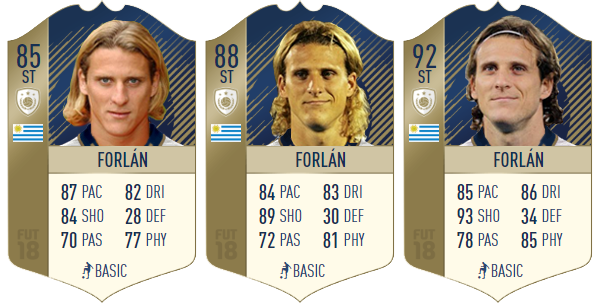 KAKA
2003: After making his move from Sao Paulo, Kaka got 10 Serie A-goals in his first season with AC Milan 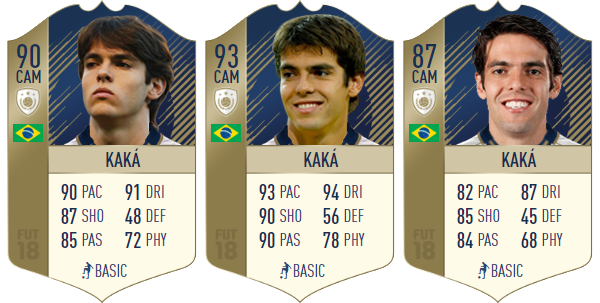 ANDREA PIRLO
2006: Pirlo got 4 goals and 5 assists in the 2005/06 Serie A season, winning the World Cup with Italy in the same year during his time at AC Milan.

2012, PRIME: Along with getting an amazing 14 assists in Serie A, Pirlo became the star of EURO 2012. Playing in between the defense en midfield, Pirlo's passing looked better than ever before. Plus his cool panenka to beat Joe Hart obviously.

2015: After a magical beard adding to his class, Pirlo won the Serie A and got to the Champions League final. After that he took his style to New York, where he played for NYCFC until 2018. 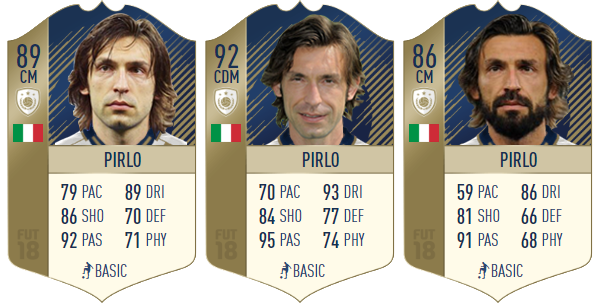 ERIC CANTONA
1987: At Auxerre, a young Eric Cantona scored 13 goals in Ligue 1 as well as making his full international debut for France.

1994, PRIME: Cantona had an incredible Premier League winning 1993/94 season, scoring a 18 goals, adding up to 26 goals in all competitions. 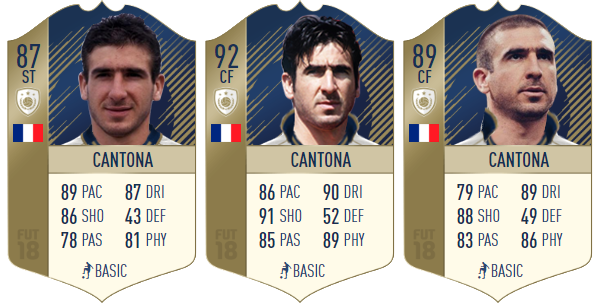 2010, PRIME: Scoring an incredible 29 goals in 36 Serie A-games for Udinese as a left forward

2014: Later days with Udinese, still scoring 15+ goals a season in his mid-thirties 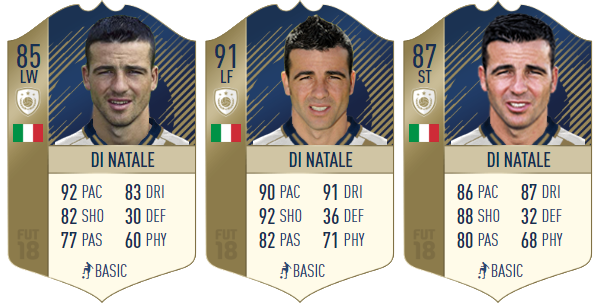 PHILIPP LAHM
2006: Lahm started as a left back at Bayern after his return from Stuttgart and played there in his first World Cup

2010: He played at right back in a Bundesliga winning season and got to the semi-final of a World Cup playing in that position

2014, PRIME: moving to a defensive midfield position, Lahm won the World Cup and Bundesliga as a Bayern and Germany captain 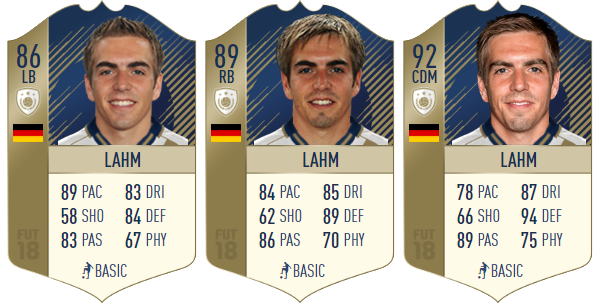