Frankenberry
10217 posts Has That Special Something
June 9, 2018 8:39AM
For players with several IFs (or players with large downgrades from their FUT 18 NIF to their WC card), getting one MOTM/TOTT card will be huge for their World Cup rating.

Since this mode is mostly ruined due to 90% of teams having some combination of Maradona/Ronaldo/Pele, it'll be interesting to see which upgraded cards will be useful after a special card or two: 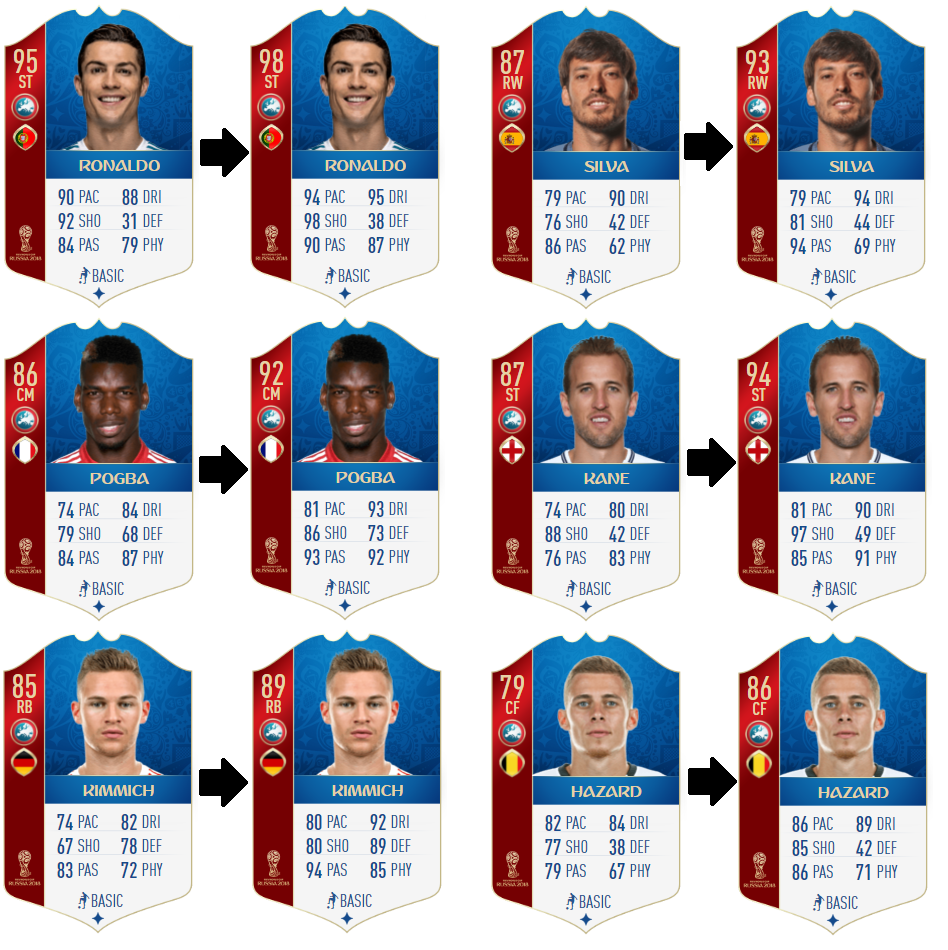