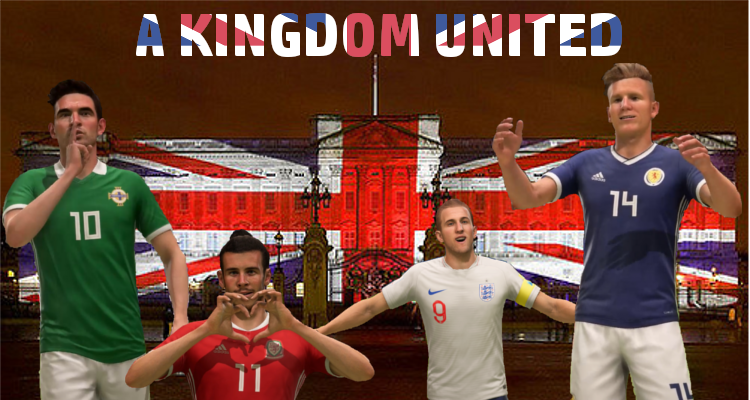 For over 400 years the people of Britain have been United. In 1603 when King James IV of Scotland became King James I of England no-one knew what the new county would become. That country went on to become a world super power. The British Empire once covered a quarter of the globe and spread many things around the world. One of these was football, a game which is now played in every country in the world. Despite this, the United Kingdom has only ever hosted a single world cup. 2018 was set to be the year the Kingdom hosted it's second world cup. This is the story of how one decision turned the United Kingdom into A Kingdom United.


We British folk have our differences.
Some of us are lions, some unicorns and some dragons.
We are roses, shamrocks, thistles and daffodils.
Some celebrate St. George, some St. Patrick, some St. Andrew and some St. David.

However, some things are bigger than national rivalries.
There comes a time when we must put these rivalries aside.
Every generation has one moment when they must unite.
Our generation's moment is now.