Up The Irons - A West Ham Story 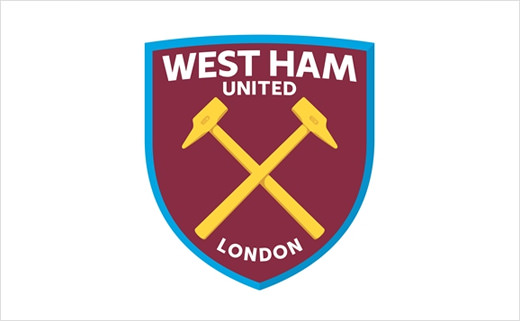 The 2017-2018 Premier League was fast approaching, It'd been a month and a bit since the last season ended. The end of their first season at the London Stadium hadn't finished how they'd liked. Falling to eleventh from their previous seventh placed finish the sesason before and an early exit from their Europa League campaign. On top of that, losing their star man during a bitter transfer saga.

Things were looking up though a young billionaire from Canada had purchased the club from the much maligned David Gold and Sullivan, making many cuts to the current staff including manager Slaven Bilic, his backroom staff and the not well liked Vice Chairman Karren Brady. On top of that, there was an overhaul to the youth academy.

Edward Louis, the young billionaire who was worth about 3.2 billion was a West Ham fan himself. He had done his research on what the club needed in order to make the step up from a mid table side to hopefully pushing for a European spot every year. With the influx of money coming into the Premier League, he'd have his work cut out for him. His arrival was greeted with great joy from the majority of fans, though some were skeptical of his sacking of Slaven, who they believed would have taken them further with the injection of cash he would bring.

A controversial move by the young Canadian was his choice of manager, who he had appointed not two days after his sacking of the last manager. A young 26 year old coach from Portsmouth called Sam Mahoney. In charge of a Toronto FC youth team his side had gone unbeaten in all 62 game he had managed them. His teams played with a solid defense that allowed for the attacking half of the team to get forward and attack with ease of mind.

His backroom wasn't anything to be laughed at however. Somehow, they had convinced some old players to come in to join his backroom staff, Michael Carrick was appointed as a coach, Jussi Jaaskelainen was to be the goalkeeping coach and Stuart Pierce was to be the assistant manager. On top of that Harry Redknapp was bought in as a Director of Football.

Sam's first act as manager was to attend a presser with Edward Louis and club captain Mark Noble. Afterwards they would fly immediately to Portugal for a preseason training camp where Harry Redknapp had arranged a few games with other teams from around Europe who'd be training there also.

Sam sat against the wall, nervous, excited, he was about to walk into his first press conference as manager of West Ham, the West ham. One of the most beloved clubs in world football let alone England. Edward Louis walks out of a room up the hallway.

"You ready for this bud?" Edward asked patting Sam on the arm.

The media room was packed to the brim with journalists. Newspaper and media journalists from all over Europe and even some Sam recognized from North America had taken seats. Sam had never done well speaking in front of people, something he would have to fast learn with the pressure of managing in the Premier League. Him, Noble and Edward Louis all took their seats, with Sam front and center.

"Alright ladies and gentlemen, we'll taking questions one at a time, English only if possible please. Raise your hands and we'll do our best to get around to you in the time we have." explained the moderator.

A lot of hands raised through out the room.

"Okay, the gentleman, red tie back there."

"Thank you, uh Sam, what's your general feelings please on being appointed manager of West Ham?"

"Easy one, thanks, happy of course, I can still barely believe it. This is a fantastic club with a brilliant supporter base. For all I know is this could all be a dream, I've loved the Premier League since I was a young lad and it is a huge honor to be a part of it with this wonderful club. I hope to do everyone proud and help West Ham be where they deserve to be."

"Next gentleman, here in the front corner"

"Well, as you may know, it's still early in my coaching career. I coached a Toronto FC youth team for about 2 years and before that I helped to coach my university team while I was there. Along with that I did some volunteer work before Uni with some of my local recreational leagues older age groups. As for philosophy, once again, it's early days, but I don't want to have one style of football. You need to be able to evolve and adapt, especially in a league like this. Overall though I'd like to score more goals than my opponents ha ha."

The room laughs, Mark Noble leans into his mic and explained with a joking smile.

"That's a style of football I think we as a team could get behind, we're one hundred percent with the manager on that one."

"Next, the lady over here."

"Hi, this one's for Edward Louis. As a new owner of a football club, what are your hopes for West Ham as a team?"

"Well, it's what I believe all clubs hopes are, to be in the upper echelons of football, competing on all fronts domestically and in Europe. Hopefully my team and I can provide the stability and support system to help Sam and his team do their job. We are here for West Ham United." responded Edward enthusiastically.

"Over here on the right, green shirt please."

"Sam, with the sales of a few first team players already this Summer do you plan on bringing in replacements?"

"We lost of a few good players before our arrival yes, but that was out of my hands. I would of loved to have players such as Alvaro and Jose marshaling the defense or Ayew up top but they're gone now and I wish them luck in their future endeavors. As for replacements, don't ever expect much from me in the terms of transfer news, when we sign a player, you'll know about it."

"You in the middle, the purple shirt."

"This one's for Mark Noble. Do you and the players have faith in the managerial appointment. Have you any doubts about his ability to lead your team given his relative inexperience?"

"Well I'm not going say I know much of the gaffer but I have faith in him of course, he's not given me reason not to. From what I hear he was unbeaten in two seasons at his last job and at any level of football that's impressive and very difficult to achieve. From what we've talked about he, and the rest of the team including myself are on the same page of wanting to improve on the previous seasons. He wants to play good winning football and so do we. We just want to put on a show for fans and put trophies on the shelves of course."

The press conference went on for another 20 minutes or so, filled with more general questions about the roles of the new arrivals at the club and goals for the future in terms of youth academy, financial and on the field. All three of Sam, Edward and Mark were able to walk out with their heads up, mind set on he trip to Portugal which they were due to fly out for later that night. Edward stopped Sam in the hallway to give him some news.

"Listen Sam, I'm supposed to fly out with you boys tonight, but I've got some business to attend to. I'll be out in a few days if everything goes okay and can come see how you're doing then. I'll be at the Bologna game for sure." he explained.

"Oh, okay yeah, no problem, we should have the boys in shape and on track to fitness by then. We'll be glad to have you when you get out there. Try give ya a win in your first game." laughed Sam.

"I'd love nothing more, just remember, don't let any headlines that come out tomorrow get to you. We're building for the future, I think you can play a big part in that. You've got a passion for football that's rare these days it seems so as long as you do your best, we're going to go places. I can feel it." exclaimed Edward with confidence. He shook Sam's hand and took off down the hall.

"Right then, Come on you Hammers." whispered Sam, clapping his hands together and breathing a sigh of relief.