Last week I did the unthinkable.....

SPAMPEBS
4196 posts National Call-Up
March 25, 2018 12:33PM edited March 2018
A lot of you saw what I did so I won't bore you with the details but just check my thread history if you're not familiar... It's an interesting read lol, but since starting a new club I have done nothing but played some squad battles and traded on the companion app only at work because I've not got time to sit at home doing it would rather try and squeeze in a game or two if I'm gonna go on fifa. 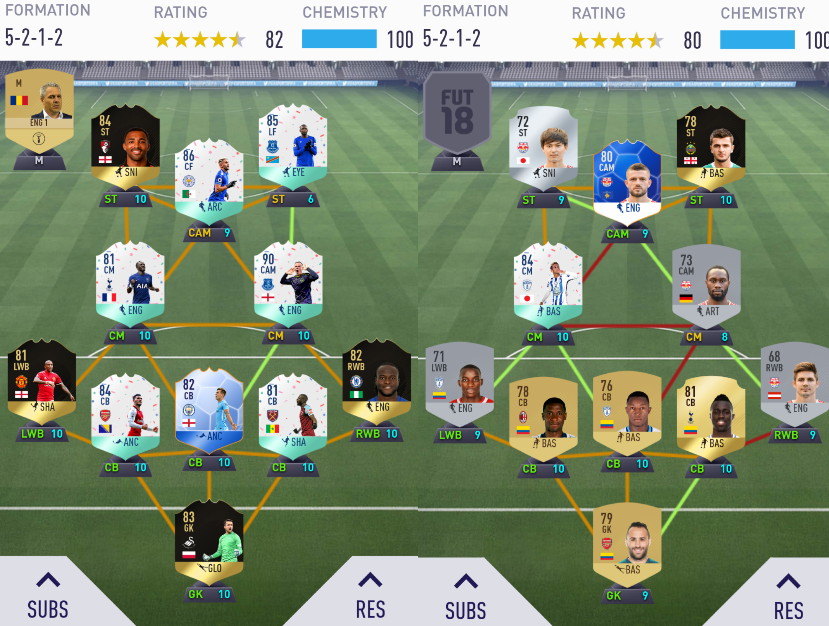 That's with a completely fresh club, no coin boosts to help either. Just relentless buying and realisting of whatever I found was selling well, normally due to sbc's.

I'll be honest I've had more fun with fifa this last week than I did in the last several months with that absolutely ridiculous team, I no longer feel like I must get the latest released totw player or icon. I no longer feel like I must play the game because I've spent so much money on it. To be free of the attraction to fifa points is a glorious thing and if anyone else feels like I felt............Then I strongly recommend doing something about it and not letting it get worse.

Do I think liscarding/discarding my entire club was the best solution? No, but is it one that worked for me? Yes.

Lots of you already know you don't need to put money on this game to get a great team, if I can do that in less than a week... Imagine what else is achievable.
Post edited by SPAMPEBS on March 2018
0