JDB44
436 posts Sunday League Hero
January 16, 2018 2:43AM edited March 2018
Hello everyone, I know it's a little late to start a career but I thought it would be fun to do one with Fulham to see how things go. I think I can get a few seasons completed before FIFA 19 arrives.

I decided to start this one a little different and simulated the first few matches before taking over. The club has decided to fire their old manager after the slow start and the tensions between them, that is when I take over..

Fulham are 1-2-1 as of now with win in the Carabao cup that came down to pens against Portsmouth. They have sold David Button and Denis Odoi already. 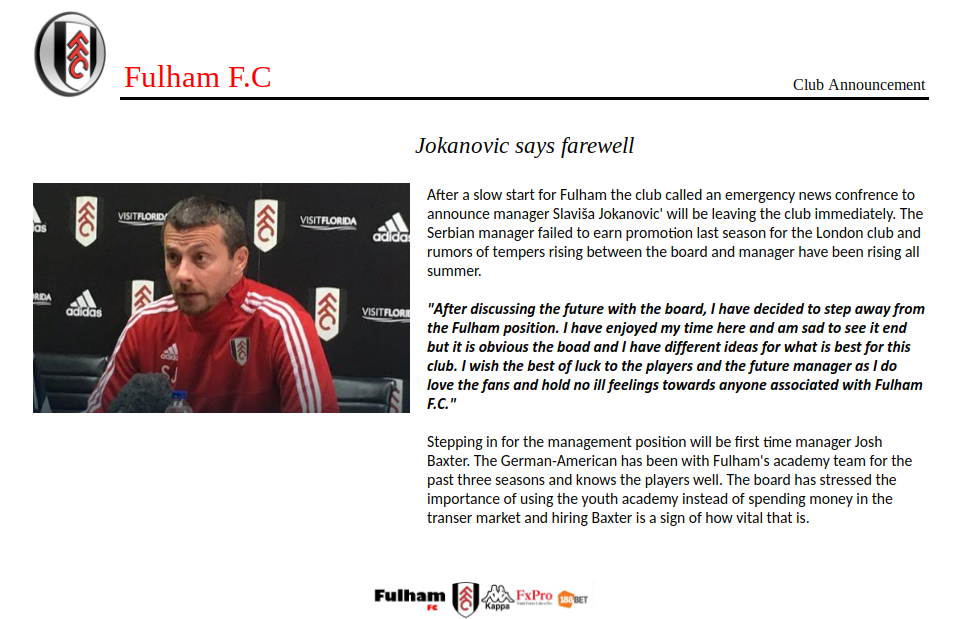