I'm trying to clear out the 600 squat fitness contracts I have in my club, but now I'm getting this error message.

Have I been temporarily banned from trading, by doing nothing but listing stuff? 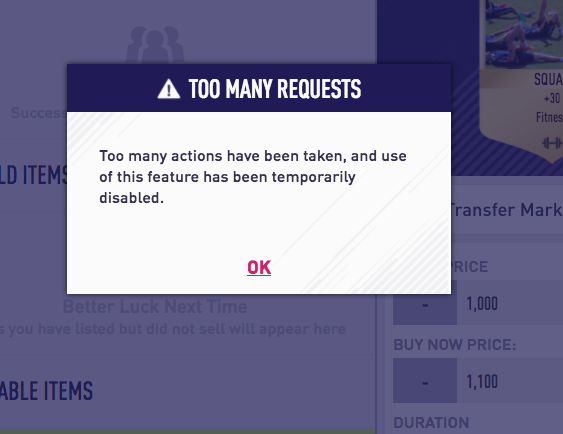