I left fifa 19 in january with 4m in my account. Couldnt care less for such a fake game where you are more likely to score from an el tornado than 1 vs 1 with the keeper.

I will not miss playing a game where i am 2-0 up and the op will do a instanbul while my players ignore my commands and stand idle.

SuperKMx wrote: »
"dozens of games skipped after 1 goal against me until I found players who I could compete with"

The fighting spirit is strong with this one.


Liverpool v Milan 2005, TZinc in charge. Right lads I know it's only halftime but let's just leave it there, they're clearly above our level.

The fighting spirit is strong with this one.

I don't think anyone wants to see PES starheads in this forum....

Whatever league players I get the most of in my starter packs, is the league I'll start the game with.

At the beginning of last year I never planned a Bundes team. But after packing so many Bundes players at the start and then adding POTM Lewandowski. I had a very nice Bundes squad for the first few months.

The first few months are my favourite time of the year on FUT, after Christmas I begin to lose a little interest as there's just too many crazy unrealistic cards.

Bobo23 wrote: »
The first few months are my favourite time of the year on FUT, after Christmas I begin to lose a little interest as there's just too many crazy unrealistic cards.

Re: EA don’t deserve our money

SBaggio59 wrote: »
This FUT mode is really, really weird. It's anarchy, I don't understand the logic of this "not sure EA understands its own logic" mode. Even the characteristics of the players are not always interpreted well on the field, it is very messy. For example, the gold card can be stronger than the special card, same player name. Not to mention all the weird scenarios and all the quirks.
Then there are also always these problems of reactivity, passivity of the players, commands that respond no or badly.
It is very poorly done.


It’s not football, I know this sounds stupid but it’s not football simulation because this isn’t how football is played. It’s just a rushed game for example this week I’ve played and I’ll start dominating then after 30 minutes of being up but missing chances, I’m like two steps behind my opponent. The game is all over the place slow marking in defence missing tackles slow turning in attack, no fouls called for my team but they can kick the hell out of my team. Always tripping all over the place gets me so mad.

It’s true those flaws have been for years but the custom tactics before helped these new ones are useless. You can feel team press against you but use yours and still get overwhelmed. Makes no sense how you go from contention for division 4 to 7 so quick because the gameplay is bipolar. 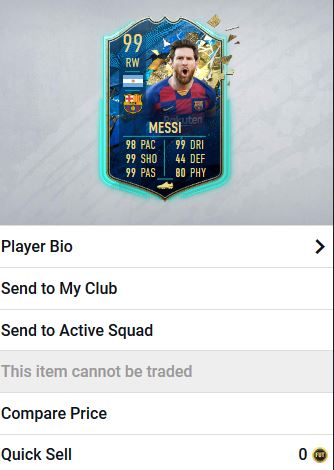