Sign In · Register
FIFA
FIFA Forums › Best Of
The Ligue 1 POTM SBC has temporarily taken down & will return at a later time, updates to follow today PST on this FIFA Direct twitter thread. Forum thread discussing the issue is here.

Tsarov wrote: »
Since I completed Oršić I want play FIFA.

He is the funniest card I have used in FIFA 20.

He reminds me of FIFA 14-15 days and using many various, lower rated players who literally were smashing opponent after opponent.


What kind of jokes does he tell?

sturges12345 wrote: »
Just lost 3-0 to someone that was on drop back and just held possession the whole game. So boring playing against him. So that’s why I conceded most of the goals cos I got bored of playing him


Pretty sure this is about me as I beat you 3-0 around that time. For the record I play with 5 depth, balanced and balanced instructions on full backs, and you had 51 per cent possession in that game...

Anyway, I thought if you scored first you'd probably have won that, fortunately for me I scored early doors. You were a good opponent and you played well, hardest game I've had of my 10 tonight and the scoreline flattered me. The reason you conceded the second goal was that you'd been preempting me cutting back with the ball in the area, so instead I cut to the byline with Ballack as that's where the space had been and I was banking on you pulling your defender away from me, so heads up on that.

Good luck with the rest of your Weekend League.

Sissoko is so good

Pugzilla wrote: »
@Roc_Xel do you get lots of messages from people because of the team?


Yeah mate, a few, but probably less than last years I reckon. Mostly from people who beat me to say how pathetic I am. (lol). For some reason those I beat message me less often, I guess it just show how frustrated some people are, to send a message while they beat me AND I am the least toxic player there is, no possession tool, no replay, nothing.

It's funny being 37 having my own lawfirm and 2 kids and receiving advice on how to spend my money by 13 year old bullied kids who watched all replays despite me skiping mine.

But tbh it's not that often. I'd say one message every 10 -12 games maybe, on average. I am 10-2 this WL and got only one message and it was a guy nicely saying GG after a crazy game we had. I was 4-0 up at half time the guy had one (not on target) shot at half time. At the 63th min, it was 4-4. Never saw anything that extreme was insane. We went 6-6 at FT and I won 8-6. Unreal game. I could not understand why he would not quite at half time, something must have happened obv ^^

I also have lots of message saying nice team, to be honest, and many people also asking how I got it.

Aimed at absolutely everyone including myself

Re: Why do people hate self relegators so much?

‘Cause they are cowards 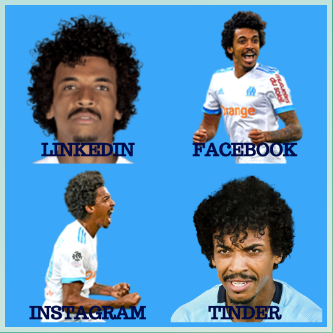 Re: Pace is broken

Bakudu76 wrote: »
What is stamina. What is Speed with and without ball. What is double flicking R3 while sprinting.

My guess is that your adama was exhausted from 60m R2 pressing of yours. And then after a 40m sprint while having zero stamina getting catched by a center back.
Oh wonder, how could this happen?

But yes ea is fixing matches.


My guess is that you're wrong